This Naked Truth post is the first to skew away from novels because of how similar Bandersnatch is to a Choose Your Own Adventure book. In fact, many people consider the movie a completely unique form of storytelling, like a video version of a Choice of Games narrative. Considering that “Black Mirror” is entering its fifth season, I have to wonder if this segue into interactive media will be their version of “jumping the shark”—similar to how the later seasons of “The Twilight Zone” back in the 1960’s became hilariously predictable, as pointed out by Futurama. Perhaps high concept TV burns out the neurons of its audience faster than the warm, buzzing humor of sitcoms or the metronome thud of plot twists that keep shows like “Game of Thrones” plodding along for decades…but if this is true, does that mean Bandersnatch might be the ultimate screen-based overdose?

Let’s dive in to a no-punches-pulled review to find out.

A quick recap of the movie’s main themes: madness and drug use serve as red herrings for a plot centered around masculine grief, as 19-year-old Stefan is still haunted by feeling responsible for his mother’s accidental death while living in 1980s Britain. The most critical component of this story is that the writer of the show (and co-creator of the entire series), UK-based Charlie Brooker, has sucked his audience into a nasty wormhole of meta-fiction, pitching us into a deterministic jungle of endless truth-trees, as his protagonist is a video-game designer working on a game called “Bandersnatch” based off the fiction book Bandersnatch. Fucking hell! It’s a real mess, as seen here: 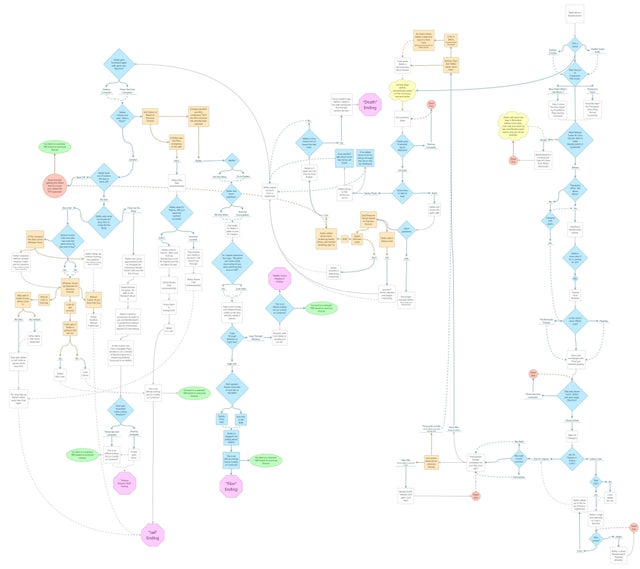 The hyper-metafictional nature of this plot initially made me suspicious that the idea for this story came about after the “Branch Manager” tool was developed by Netflix, and in an interview, Brooker stated that this was, in fact, what happened. When the studio approached him, he immediately told his writing partner that using the feature wasn’t going to be feasible…but after a few weeks of ruminating, he had an idea that “would only work” with the tool. But, was leeching out a narrative this way the right move?

“Every writer has a toolbox they use to make their stories. Meta-fiction is at the bottom of the toolbox…so be careful when selecting it. Because it’s very sharp.”

So, has Brooker accidentally cut himself—and his audience—by wielding this dangerous narrative implement? Let’s look at the three +‘s and Δ’s of this weird movie/game/story to find out.

+ This is freakin’ ingenious!

Though the meta elements made me nervous initially, I was pretty taken in by the first half of the story, and the interactive element made it a blast to watch with friends before New Year’s Eve. My favorite part was definitely the hallucinogenic drug sequence. As a PKD nerd, the living Ubik poster on the wall served as the highlight of the movie—even if the book A Maze of Death fits the plot’s theme better, I understand that Brooker had to go with the more recognizable of Dick’s works for a wider audience appeal. 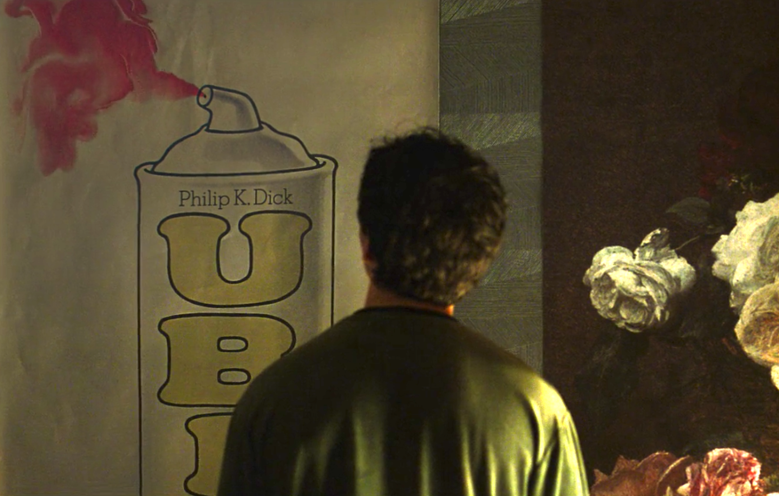 + Great timing on the “way points”

The tension of this story is completely sideways when it comes to traditional storytelling, but I like how the writers “taught” the audience how to play the game, specifically with the “baited” first way point, where working for the video game company produces a mediocre game and shunts the viewer right to a bad ending. I’d guess that 90% or more of the people watching got hoodwinked by that choice, quite purposefully, and having it placed right in that crucial spot helped get audience “buy in” for the rest of the story. The “lynch pin” way points of the movie, of which I would argue there are only four or five, are all cleverly thought out and steer the story in vastly different directions.

I understand that all the way points can’t branch this way due to limitations with film-making (sets, actors, etc), and that’s a real shame.

Brooker is a master at mixing mood, themes, and the philosophy of Black Mirror episodes together into a cohesive miasma, even if nearly all of them are downward spirals into technological nightmares. Bandersnatch is potentially his magnum opus in this regard, as the sinister overtones of movie/game merge together the deeper the viewer gets into the narrative. The illusion of choice recurs throughout every subplot quite sublimely, whether you’re finding yourself chopping up dear ol’ dad and putting him in the bathtub, traveling back in time to join your mom on her ill-fated train ride, or even shattering the fourth wall and appearing onto the Netflix sound stage. Also, the individual images, such as the Bandersnatch creature from the Lewis Carrol poem (after being highly Tim Burtonized) and the truth tree symbol, as well as even the mundane cereal and music choices, all mesh and blend together nicely, like the various sundries on a literary charcuterie board.

BUT, despite all its lofty acclaims (a Nebula award for game writing among them!) I’d argue this Frankensteinian hybrid of a narrative will end up sterile rather than siring an entire new genre of “interactive fiction.”

Here are a few reasons why, with our Δ’s, or what I would have considered changing:

Δ What a freakin’ gimmick! 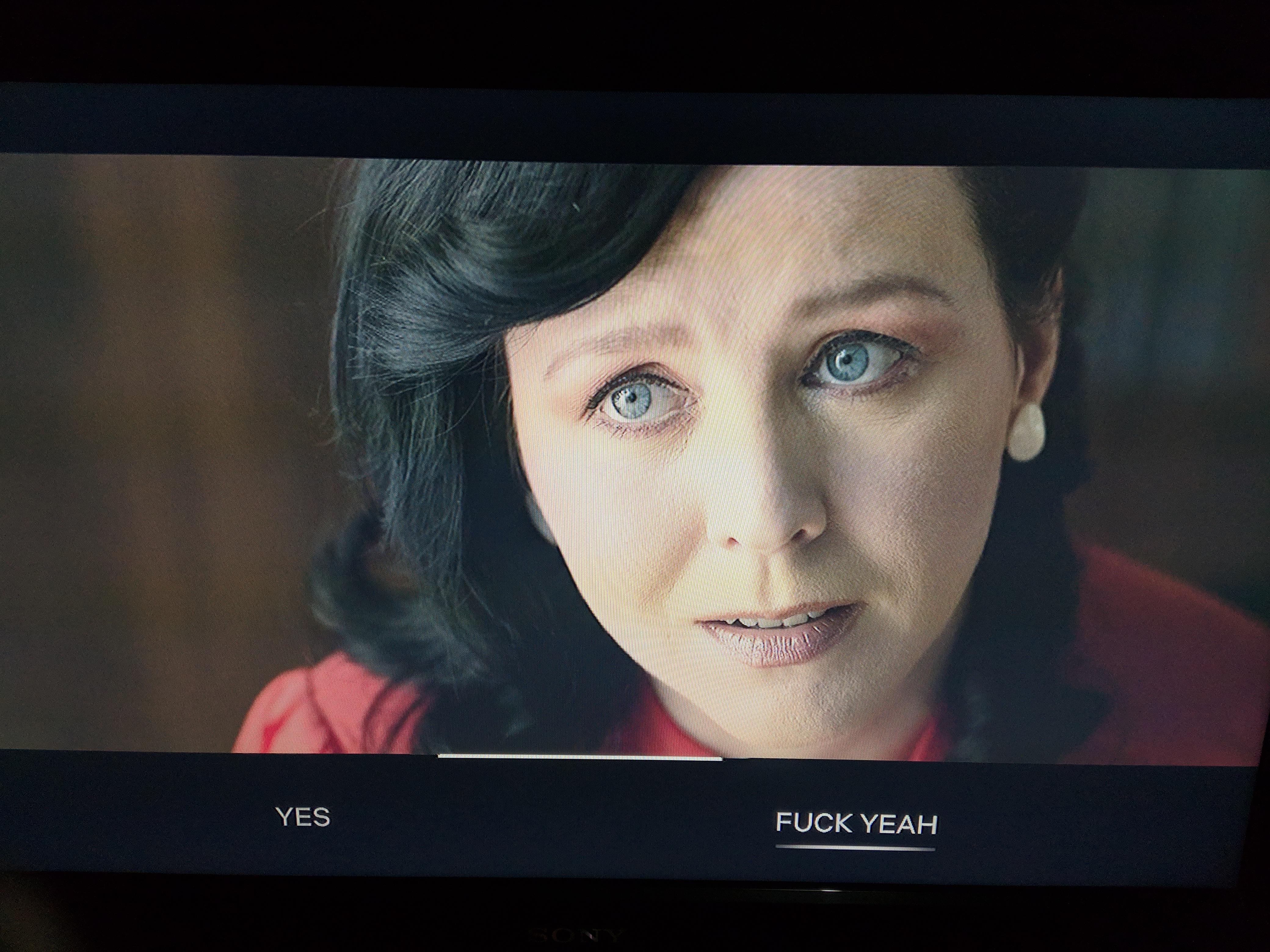 One of Brooker’s main concerns for using the “Branch Manager” tool for a Black Mirror episode was that it would end up being a gimmick—a one time thing—and despite all of his attempts to avoid this spiked pit, I’d say he fell into it anyways.

Well, it turns out using “the illusion of choice” as a motif for a Choose Your Own Adventure narrative and then giving the audience constrained options like picking between “YES” and “FUCK YEAH” (arguably the funniest of the non-choices) leaves a bad taste in your audience’s mouth. As I watched and re-watched this movie, it became increasingly frustrating as my choices had little impact on the final tract of the narrative. I know that Brooker would want to stop me and say, “Aha! That’s the point I’m making!” but that’s similar to how the new Bladerunner 2049 director stated people didn’t like that film because its main theme is exhaustion. Both Villeneuve and Brooker produced works of art that feel claustrophobic and unfinished, and I believe this is mark of critical weakness in a story rather than a strength. 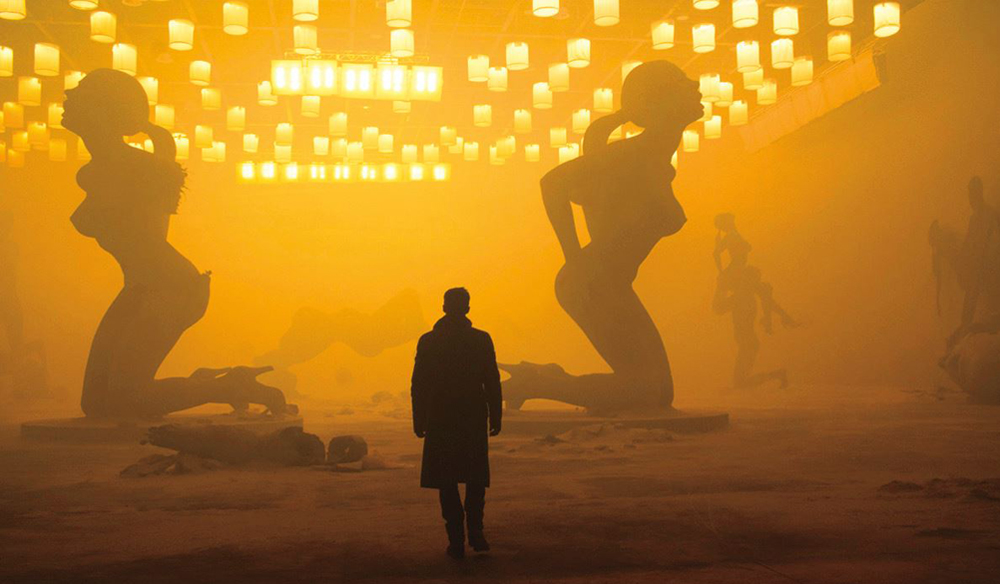 Beautiful cinematography is the ultimate band-aid for bad writing…but the infection persists.

Δ All those endings and you couldn’t come up with a single happy one?

Depending on who you trust, Bandersnatch supposedly has 12-15 endings and over 13 hours of content, and yet, every single one of these death knells ends on a bleaker note than the last. The only two exceptions are choosing Stephan to die on the train with his mother (WTF?—why wasn’t this altered so that they could both live, at least?) and murdering his father so that he can get that sweet, sweet five-star review of his game from prison.

This lack of optimism felt extremely disappointing to me because there were a couple positive endings in Season 4 of Black Mirror, so I figured there had to be a way out of this maze, but no: they’re all dead ends. The closest we get to catharsis is some cheesy fourth-wall breaking fight scenes (the humor felt a bit off after all that patricide I’d committed with my choices earlier), and the Holy Mountain-style super-realism ending (move back, camera!). Again, to me, this smells like a writer who couldn’t find their way out of the box, so they drew fractals on all the walls. Having Davies’ daughter “complete the cycle” with the “good” ending is the ouroboros-shaped nail in Bandersnatch‘s coffin.

In the true Bandersnatch version of this blog post, a +/Δ list for the Naked Truth would be included as an Easter Egg via a secret hyperlink….or something… 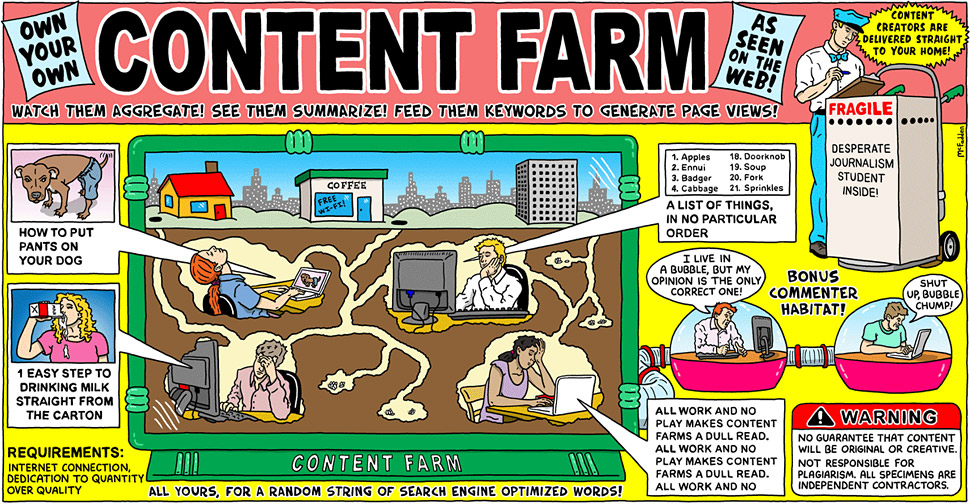 An interactive movie such as Bandersnatch is like rich, nutrient-dense loam for the video essayists and bloggers (!) on the internet, which is why I felt compelled to throw my hat into the ring*. My favorite among the hundreds upon hundreds of reviews and analyses of this movie is probably Wisecrack, but part of me has to wonder if some producer in the bowels of Netflix is salivating buckets when they think about how much “secondary content” a movie like this must produce, what with all the multiple endings and interpretations, etc. It makes me realize that we’re living in a post-postmodernist age, what I would call the “Age of Entanglement.” If top-level writers and filmmakers are purposefully creating artistic endeavors vague in order to elicit more buzz on the internet…well…I don’t know what that means for society, but it generally makes me nervous, as I’d argue these artists are, at the very least, acting in-authentically, or what Sartre would call “in bad faith.” I don’t like blurring that art/commerce line any more than absolutely necessary.

Check out E.M. Forster’s “The Machine Stops” sometime to get a taste of what I mean.

That’s it for now! Hopefully I will be back with a novel review sometime soon.

Go enjoy your ultimate freedom, not subject to Program and Control…

*actually, I’m planning on writing an academic paper comparing Bandersnatch to A Maze of Death and I’m using this blog as a kind of pre-writing to organize my thoughts.