Welcome back to The Naked Truth, a review blog where I strip a published novel down to the bones and tinker with it like it had showed up to a writer’s critique group. Good news: there’s a first time for everything, and the TNT blog has received its very first advance-review copy! Surely, we’re on someone’s radar out here on the global internet…

I am happy to provide an unbiased review of the boldly-titled Lake of Urine by Guillermo Stitch, a Spain-based writer I’ve never heard of. While this genre is a little bit outside my usual reading, which focuses on science fiction, a trip into weird literary fiction land might be just what I need at the end of the school semester and in the middle of a pandemic. Let’s begin with an attempt at a synopsis (considering this is absurdism): 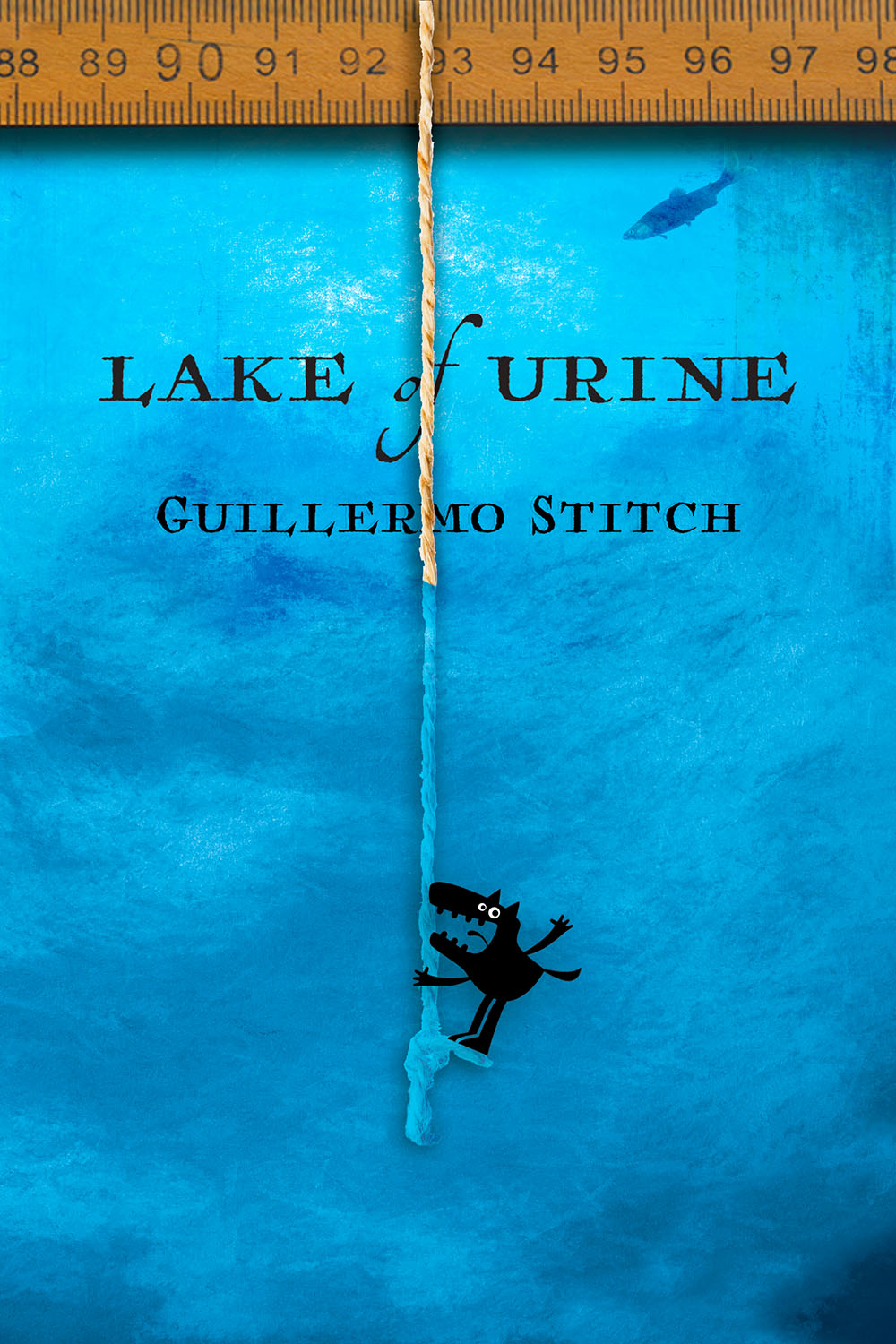 Lake of Urine, at its stinkiest, ammonia-based core, is a satire of “romance,” as far as I can tell. A man named Seiler is obsessed with measuring the depth of a mysterious lake, and after a jewelry box and an unlucky dog named Spot get dunked into the lake to determine its depth (Spot is tied to a rock with an underwater camera, but there’s no “facility for oxygen supply”), Seiler then ties a girl with the very unfortunate name of Urine to a rock and drops her into the lake. When she disappears past the five-hundred foot mark and the line runs out of length (which of course, is made partially of bedsheets and Urine’s own hair) a boy named Mark Fleming wades naked into the water to save her. A magical green line shoots from Fleming’s groin down into the lake’s depths…and then…

After the lake incident (I won’t reveal any more here to avoid spoilers), the reader gets told Urine’s origin story in a sequence of flashbacks, including the tale of her sister Noranbole, who is the powerful CEO of the Terra Forma company, and her mother, a hand-job enthusiast named Emma who has been married eight times (the reader gets to see the sequence of her marriages) and insists that all men are “in need of a good milking.”

This book is a wild ride, so let’s first break it down with three “+”s, or what I thought was working well amidst all the kookery:

+ Absurdist Needling of Love and Capitalism

Let me be completely honest with you: this novel reads kind of like Dubliners after you’ve taken a hit of grimy, rat-poison acid and chased it with a glass of raw sewage.

The closest comparison I can draw to it, style-wise, is The Adventures of Bastard and M.E. by Stephan O. Rak, though Lake of Urine is more of a twisted, present-day fairy tale whereas Bastard is a near-future, cyberpunk noir. But there’s a playfulness in both writer’s use of language and imagery, as they prefer short, punchy sentences that tilt the ear with poetic verse, and at times these types of literary devices land perfectly. I can also see favorable comparisons of Stitch’s prose to Mark Leyner, particularly the Noranbole section with his The Tetherballs of Bougainville. So, if absurdism is your jam, this book surely will not disappoint you, and I highly suggest picking it up on July 1st this summer when it drops. Sorry if you have a proloooooooooooooooooooooooooooooooooooooonged* wait until then.

*Note: this is an example of one of the funnier meta-textual elements used in the book where I laughed out loud.

Part of the draw to this literary genre is the “puzzle” of the book––figuring out how all the pieces fit together with multiple re-reads. I was disappointed to only have a PDF copy, and I highly suggest picking up the physical form of Lake of Urine so you can flip back and forth, because there is a logical thread tying Emma’s failed love life back to her daughter Urine, and Noranbole’s role as a CEO serves as a parallel to capitalism…I think….somehow. With a little more digging, I’m sure there are nested circles in this story not unlike House of Leaves or The Raw Shark Texts, and of course Infinite Jest, as the plot shifts backward in time with Emma’s story. If I were a less lazy reader I would also look for clues in all the lines stated by the character Bernard, because his dialogue appears in so many different languages you’ll need to have your Google translate handy  to understand him (including binary: 00011001).

+ Entangled Satire for our Age of Entanglement

How do you even write a satirist novel in an era where the American president is telling people to inject themselves with disinfectant? I read somewhere that the satirist’s ultimate fear is reality getting so strange that it becomes impossible to make fun of it. 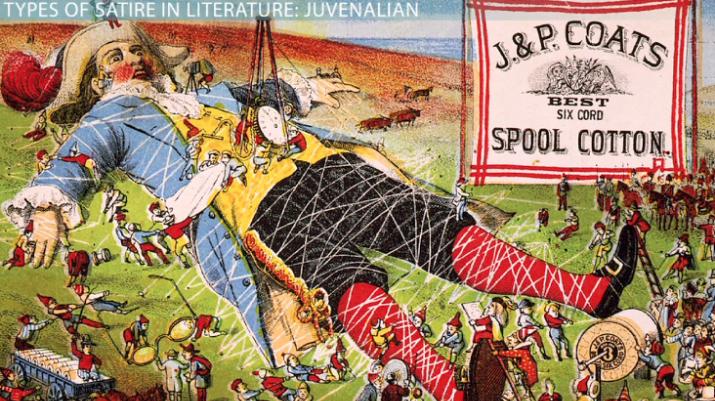 Stitch has written what I would call a post-post-modern satire, but because that nomenclature is dumb (how can you be post-post? Boo, redundancy!), I will refer to it as an entangled satire. In fact, without translation software, for example, how could a reader even make sense of all the different languages? The novel defies categorization as well as reader expectations, and truly does take them into a place they’ve never been before, which is exactly what great satire is meant to do. I am specifically fond of the first paragraph or two of each different section, with one of my favorite’s being the story of Emma’s seventh husband, which begins like this:

My seventh husband was Paco Naranja, internationally celebrated butcher and marmalade artist from Sitiomalo––the seediest, grimiest, most cockroach-infested slum in Seville. A proud man, he had started out selling roadkill from a wheelbarrow he would push from bar to bar, just a scrawny lad amid the uproarious, work-shy drinkers, deafened by their mockery and even dodging fists in the rowdier salons.

It’s sections like this ones where I really found myself “lost in the madness” of the book. A marmalade artist? How do you come up with shit like this???

But, of course, I do have some reserves in recommending the work, so here are the three “Δ”s, or what changes may have improved my experience with the story. One addendum is that these recommendations might extend to all forms of absurdism, as there are certain tics in the prose I’ve started to notice across this entire genre.

Δ This is the deep end of Absurdism, almost flickering back into Dadaism

I’m not opposed to a weird, literary satire, as I found books like DeLillo’s Cosmopolis and Burroughs’ Naked Lunch to be highly readable, if somewhat disturbing, accounts of the post-modern demons of capitalism and drug addiction, respectively. But Pynchon I’ve always bounced off of, and every time I pick up Catch-22 I fall asleep (I also limit Vonnegut to one book every two years, though Slapstick was so terrible I think it’s been over three years since I’ve picked him up again). Am I a person who can accurately judge absurdist works as “good” or “bad”? Can anyone serve as that judge?

I don’t think so.

All I know is that I either get drawn into a story or I get kicked out of it, and about halfway through Lake of Urine, after there is a kind of surprise reveal amidst Emma’s husbands––which I won’t give away here––the book became a slog for the remainder of the read for me. The one highlight is at the end, as things go a bit Annihilation as the rules of society/reality become unhinged “up at the lake,” and I really enjoyed the long section discussing Stitch’s “new laws,” with my favorite example being:

“The tick tock of clocks has been fixed to a tock tick.”

This kind of clever wordplay is where I found myself drinking down the text, but those stories of the eight husbands got a bit long-winded for me throughout the middle, as I lost the thread of the Dadaist dream-logic and found myself grasping at nothing.

Δ What’s up with all the lists?

Long lists of apparently random objects seem to plague absurdism. I know the intended affect is to create dissonance in the reader’s brain, but my own reading style always makes me want to skim over them. I think Lake of Urine is using all these lists to make fun of naming systems, whether they be corporate trademarks™, faceless executives, or those used by small European towns in general (Ireland specifically?). Here’s just one of many examples I pulled at random from p.74:

“Even the fields here have names––Pike’s Field and Topley’s Corner, Keene’s Patch and Doughty’s Garden, Doggett’s Bank, Puffer’s Meadow and Chickering’s Plot. Even the older trees have names.”

I think there’s some kind of joke embedded in here I’m not getting. Is Puffer a really funny name in Ireland? Would a reader from Wales be rolling on the floor, laughing uncontrollably at “Chickering’s Plot?” I don’t know. Humor is so cultural, and as a born-and-raised American from a small logging town in the Pacific Northwest, I think a lot of Stitch’s comedy went over my head. Mark Leyner is also a fan of this particular device, so my note here is more of my own critique on the entire genre than this single work. A smaller nitpick here, but Stitch really doubles down on the exclamation point early on in the prose, so much that I probably would have put the book back on the shelf if I’d run across it at the bookstore. Again, with the genre being absurdism, we can assume he’s trying to show the reader how “excited” Seiler is to be measuring the depth of the mysterious lake, but it’s a bit overboard for my tastes. Fortunately, the books shifts gears after the first section and the prose starts to breathe a little more, and I was able to really hit my stride as a reader with the beginning of Emma’s story.

To wrap up this review, Lake of Urine may have limited appeal here in the United States, but for the kinds of people who enjoy insane narratives that verge into grossness but stay on the literary side of “bizarro” (note: see Rampaging Fuckers of Everything on the Crazy Shitting Planet of the Vomit Atmosphere), this one really hits the mark. Check it out!

Note: Why is it that all these satirists are men? Where are the women satirists? I’d wager this erasure is happening along the same lines as other forms of comedy.